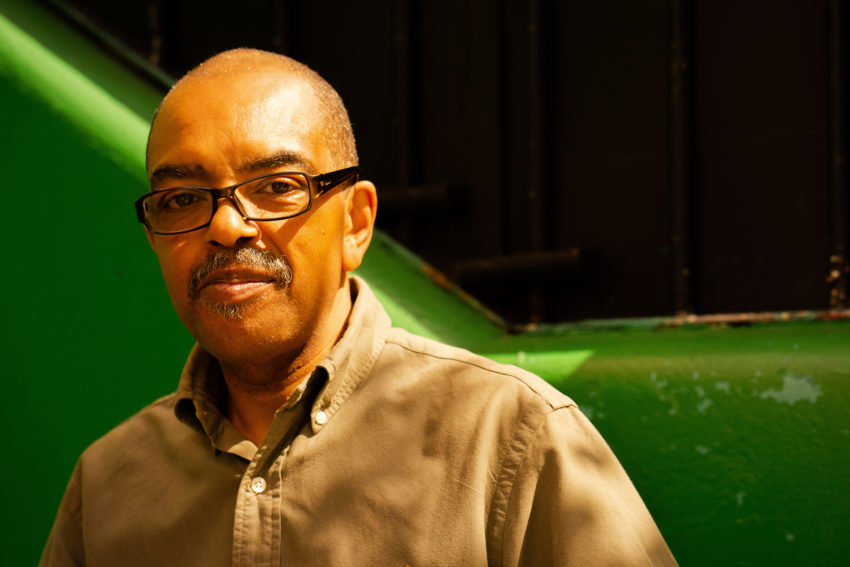 Gary Crosby talked to Steve Clements of The Brighton Source about The Trojan Story, Jazz Jamaica All Stars’ celebration of 50 years of the legendary label Trojan Records. We’re bringing The Trojan Story to Hull City Hall on Saturday 17th November. For more information and tickets, visit the City Hall website – don’t miss out on the ultimate reggae party!

When did you first become aware of the Trojan label and what does it mean to you?
I became aware of it really when the first Tighten Up compilation album came out in the late 60s, when I was around 14, although obviously they were releasing records before that which would have been in the house. There was a record shop that my Dad used to take me to in Shepherds Bush Market that had connections to Trojan and I began to recognise the symbol and hear family members talking about this label that Chris Blackwell had created. Chris Blackwell was someone we were aware of in my house because my uncle (Ernest Ranglin) used to work for him at Island Records. I was always listening to Studio One and Duke Reid’s music and Trojan was set up to release a lot of Duke’s music but there was another uncle on my mother’s side importing records from Jamaica anyway, who was an old Soundsystem operator, so we were listening to Studio One and Down Beat more than Trojan. But of course Trojan was always a part of the mix and when I started to go to clubs I began to engage with it a lot more.

How important was it in popularising Ska and Reggae music in the UK?
It was all important in the UK. It affected many different people from different communities and acted as a mouthpiece for Jamaican music in this country.

Do you have a favourite Trojan album or performer?
I listened to reggae from its beginnings but for a Trojan-specific album I would say Dennis Brown’s ‘Concentration’. That had a big effect on me. It also had him singing versions of American songs but the early period Dennis Brown was a fantastic period for me with great arrangements. “Niney” (Winston Holness) released it here on his label.

You have two star vocalists, Brinsley Forde and Noel McKoy – have you performed with either before?
I’ve worked with them for over 30 years. A lot of people don’t realise that actually Noel has been associated with this music since his birth. We’re off the same block and I know his brothers and family, Soundsystem guys. I worked with Brinsley a few years ago on the Bob Marley classic ‘Catch A Fire’ and then following that I worked with Noel on another Jazz Jamaica project called Motown Roots. These are my friends, they are great musicians but they’re my friends as well.

Did they have free rein over which songs to sing?
Not really, no. We offered them a selection and they chose. Actually, Noel suggested a couple of songs and said what do you think about that one? I may have taken that up, yeah. I have a team of arrangers and writers around me and guys in the band and some of the songs were actually songs we have done in the past, you know, they are Trojan classics so it would be ridiculous for us to actually get involved in a Trojan concert and not play Liquidator, Double Barrel and John Holt’s ‘Again’, which we’ve already recorded. It’d be silly not to play those songs and adapt them for the show.

What can you tell me about Dem Three?
They are three vocalists. You know Bob Marley’s I Threes? We came up with our version of I Threes and we decided to call them Dem Three. So, when we did the Bob Marley project, we formulated a vocal group. For these gigs, we decided to use younger musicians, because that’s an integral part of what we do. There’s always half of the band or if not half of the band, there’s always a space in one section for a junior player.

As most tracks were licensed I guess there wasn’t a label house band. Was there a core group of session players who made some of these records?
Obviously The Cimarons were based there, Rico and his crew were there but I don’t know enough about it to say if they were the house band. They could have been, they’re very fine musicians that later inspired me as a as a young teenager. It was a Cimarons workshop that got me to change from trumpet to bass. They did a workshop in a little youth club I used to go to in South London.

What are you hoping that people will take away from the concert?
A big smile, and an awareness that there are certain positive things that Trojan bought to our country that are irreplaceable, like promoting diversity and multiculturalism. Brexit can’t stop it, Trump can’t stop it. There are certain things that Trojan has done for us all. I was born just across the road from Chelsea football ground and there were some nasty people down there in the 60s and 70s but we had one common thing that we shared which was a love of this music. I remember going to clubs with these guys and they’d been down The Shed End with their arms in the air and talking (racist) crap but this music had brought us together in that period and I know deep down in some of them that they’re aware of it. So hopefully when people leave the concert it’s a big smile, happy, and they’ll want to come back next year to see volume two or engage with Jazz Jamaica on our next project, which we believe will be Bob Marley’s ‘Natty Dread’.

Your band Tomorrow’s Warriors has spawned many new talents but there seems to have been an explosion in the past couple of years with Ezra Collective, Zara McFarlane, Shabaka Hutchings, Nubya Garcia, Binker & Moses, etc . Is it part of the cyclical/recurring interest in ‘jazz’ or are things really changing and opening up?
Tomorrow’s Warriors has been going for 28 years now and it has provided a fertile ground for me to develop musicians who then come into the band. The present Jazz Jamaica All Star are all ex-Tomorrow’s Warriors because it was always my dream that that’s what was going to happen with my frontline bands, my bands that are doing big concerts are all going to have all Tomorrow’s Warriors in them or people that have been associated with us.

There’s another one coming up called Mark Kavuma who’s just released his album and another group of youngsters we’ve got that we’re training now that we think are the best crop we’ve ever had and they’ll be ready in about four or five years. The previous lot that you named were alright (laughs) and made names for themselves and travelled the world but the new ones are inspired by them. These are the young kids that used to come into the junior class and look at Moses, Nubya and Binker – in fact a lot of them have been taught by Binker, whereas the people from 2015/2016 were a result of Nathaniel Facey, another ex-Tomorrow’s Warrior from Empirical, so the process now is those that come through the system and teach the next lot. So “for each one, teach one” which was a philosophy me and (my partner) Janine said we were going to develop. Everybody’s got to pass it down. We’re gonna flood the whole world with jazz musicians, they can’t stop us. And these young kids in London have done it themselves but they haven’t ignored the old jazz circuit, they’ve done it in spite of it and that’s what I love about them. It’s a beautiful time for jazz music and I honestly believe if we can maintain it for a couple years the next three to five years will take it to another level. They inspire me.