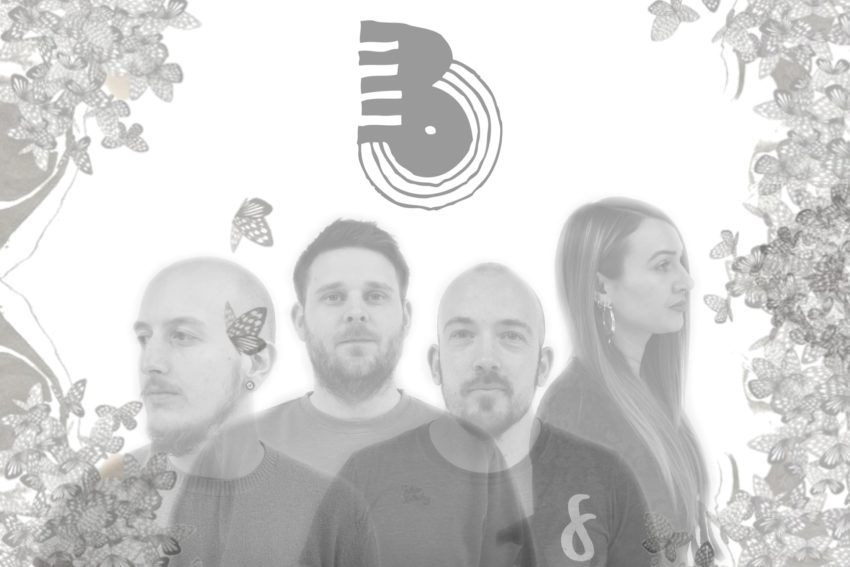 Ahead of their set as part of our New Sounds of Hull show at Hull Jazz Festival this July, we had a chat with Pat Dooner from The Broken Orchestra…

There are a real range of sounds and influences in your music, including elements of jazz. Who are the jazz artists who’ve influenced you over the years, and what is it that draws you to their music?

Jazz has always been a big influence on the music I’ve created. My initial foray into Jazz music came from listening to a lot of Hip-Hop when I was younger. Things like Nas-Illmatic, Pete Rock, Common, Gangstarr, Talib Kweli and Jay Dee sampled a lot of Jazz and Jazz influenced records. You eventually go and find the records that get sampled and find these beautiful creations that have been skilfully sampled and adapted by these producers and artists.

For me personally, what I love about Jazz is the underplaying for the benefit of feel and groove. Often when people think of Jazz, they think of a cacophony of instruments played at the selfish will of the player but it’s not like that at all. You have these incredible musicians and to hear them underplay so well live and on records excites me.

Some of the Jazz artists that have influenced me are Bill Evans, Ahmad Jamal, Roy Ayers, Bob James, John Coltrane. I’m also excited and influenced by a lot of modern artists and I love how Jazz creeps into a lot of very popular modern music. I particularly enjoy and am influenced by artists like Portico Quartet, Go-Go Penguin, Bonobo, Loyle Carner, Matthew Halsall, Origamibiro, Speech Debelle and The Cinematic Orchestra.

Listening to your tracks, there are lots of different layers of sound. Having started doing live shows last year, how do you translate your studio sound into a live experience? What’s the set up for a Broken Orchestra live show?

For years we’d struggled to find the right way to put forward live what we do in the studio but now it seems so obvious and natural. We pretty much set up for all eventualities, so we have as much gear as we need for the set on stage: keys, guitar, bass, cymbals, samples and vocals and we all just chip in as needed.

The idea is to that we all have our area to concentrate on, but if in a certain instrumental track Emily needs to play samples or bass then she will do. Similarly, I’ll move from keys to trigger sounds, samples if the track calls for it. With the exception of Tom, we’re all relatively limited in playing musical instruments but I think that works for what we do. Personally, I know that my limitation on keys prohibit me from overplaying and I think our tracks benefit from that.

You’ve just announced a series of gigs across the country – what else does 2018 hold for The Broken Orchestra?

The idea for 2018 is to gig, increase our fan base and create as much new music as possible.

We had an EP out earlier in the year (Blinded EP) to give us a focus and the plan is to have another 5-6 track EP ready for towards the end of summer.

Although we’re Hull-based, and proud of it, it has never been our intention to do the standard circuit of gigs around the area. We want to get out of the city, play different and interesting venues and meet new people and promoters. So far it appears to be going pretty well, with some great gigs here in Hull both at the Jazz Festival and at Hull Minster later in the year and some great out of town gigs too including Sheffield, Huddersfield, Manchester Jazz Festival and Newcastle.

We’re all big fans of lazy Sundays here, and we know you used to do the Sunday Soulscape podcast. If we asked you to soundtrack our perfect chilled Sunday, what three tracks would you open with?

That’s a great question. We loved presenting that show, and we were sad to stop doing it but time commitments got in the way. We used to DJ in old town Hull on a Sunday afternoon doing similar stuff and we really enjoyed doing that too. Ok, so three opening tracks… I’ll give you five instead:

We’re off to make a pot of coffee, put our feet up and listen to Pat’s Sunday selection. If you fancy catching The Broken Orchestra live, tickets are on sale now to see them plus The Dyr Sister and Revenu at Kardomah94 on Saturday 21 July. £7 (£5 for students and under-26s) from Hull Box Office online or on 01482 221113