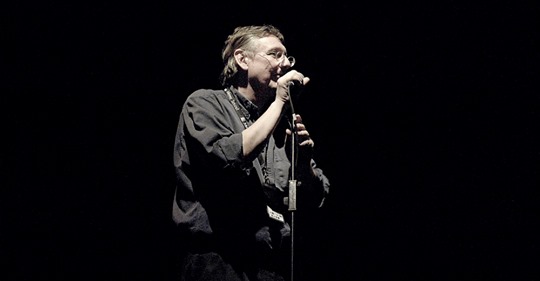 It is with great sadness that we say RIP to the lovely JC. John was a great friend to the Hull Jazz Festival and we produced many memorable shows together, most notably Mind on the Run, a festival celebrating the forgotten genius of Basil Kirchin, for Hull 2017 City of Culture. We also collaborated to bring some of the world’s greatest jazz talents to Hull such as Pat Metheny, Robert Glasper, Moon Hooch, Andy Sheppard and many more. Our thoughts and love go out to his colleagues at Serious, the whole jazz sector and his loving family.

Our Director David Porter says “I’ve known and worked with John since 1978, when we produced the Hammersmith Jazz Festival together and then in the 1980s, we co-produced Mama Chicago by Mike and Kate Westbrook and Jelly Roll Soul by Tony Haynes at the Lyric Theatre Hammersmith. We re-connected in 2016 during the lead up to Hull 2017 UK City of Culture and there followed an amazing sequence of top international jazz programming that brought the worlds’ greatest to Hull. John was one of the nicest people in the music industry and a force of creative energy, loved by all who came into contact with him. Just a couple of weeks ago, he was working with us on the European tour of his last international production, Harlem Hellfighters, which featured a new generation of young musicians from Tomorrow’s Warriors working with Jason Moran. We will miss him and his wonderful stories and laughter enormously”

You can read a message from Serious here, outlining some of John’s many achievements.