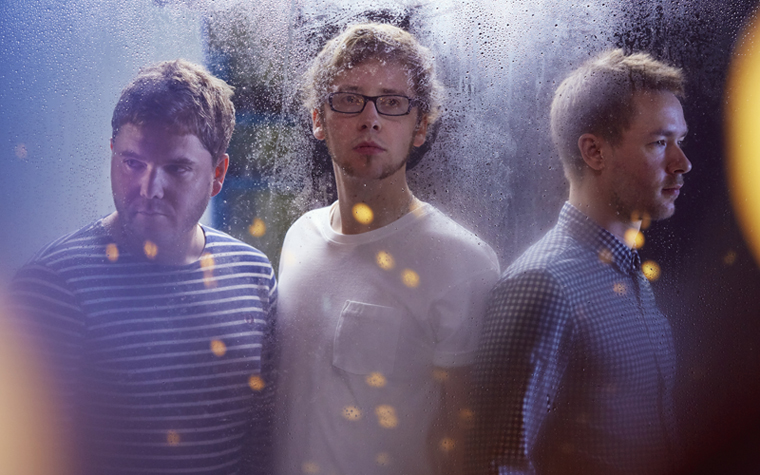 What a start to the year!

J-Night will commission Abstractions of the Industrial North a new piece of music by Mercury Prize nominated Manchester based jazz trio GoGo Penguin.

Renowned for their minimalist piano themes, deeply propulsive bass lines and electronica-inspired drums GoGo Penguin will create a piece of music inspired by the Northern industrial landscape in 2017. The piece will be also be inspired by Basil Kirchin, who died in Hull in 2005. Basil Kirchin is the forgotten genius of post-war British music. British pioneer of musique concrete, leading light in the free jazz movement, a film composer who inspired Bernard Hermann and according to Brian Eno, the founding father of ambient.

GoGo Penguin’s Abstractions of the Industrial North will receive live public performances throughout the UK in 2017, culminating in two celebration weekends in Hull UK City of Culture 2017 on 1 & 2 July as part of the New Music Biennial and 7- 9 July at London’s Southbank Centre. The music will go on to form part of a documentary film about Basil Kirchin’s life and times – Mind on the Run – to be produced by Hull’s independent film makers Nova Studios.

It’s been an astonishing couple of years for Manchester based trio GoGo Penguin (drummer Rob Turner, double bassist Nick Blacka and pianist Chris Illingworth). Their trademark mash-up of minimalist piano themes, deeply propulsive bass lines and electronica inspired drums has seen them shortlisted for the Mercury Prize, they’ve written and performed a new score for Godfrey Reggio’s cult film Koyaanisqatsi and collaborated with noted choreographer Lynn Page for a Gilles Peterson-curated night at the Barbican. And in the midst of all this they’ve signed a multi-album deal with Blue Note Records, the most famous jazz label on earth.

J-Night is one of the leading producers of new jazz in the North of England. We produce a year-round festival offer in Hull developing effective partnerships with organisations such as Serious, Tomorrows Warriors, Freedom Festival, Walk the Plank, Hull Truck and others. We produce programmes that give audiences access to high quality artists and we provide developmental opportunities for local and regional artists, including those from diverse backgrounds, through Hull Jazz Festival, the Yellow Bus stage at Freedom, Giant Steps and rural touring. J-Night is a National Portfolio Organisation of Arts Council England, a founder of Jazz North, a creative partner of Freedom Festival and a support organisation for Hull 2017 UK City of Culture.

“This is a real honour” says J-Night director David Porter “and will make a terrific contribution to Hull 2017. GoGo Penguin are at the forefront of the new young jazz scene and, we hope that this project will attract new young audiences to our work.”

GoGo Penguin said “We’re delighted to be part of Hull 2017 and are looking forward to throwing ourselves into our commission Abstractions of the Industrial North and using it as a launch pad for exploring the soundworld and legacy of the great Basil Kirchin“.

Vanessa Reed Executive Director PRS for Music Foundation said: “The line-up of new pieces for this New Music Biennial showcases again the immense quality and breadth of music composed in the UK and the imagination of UK composers working across an array of different styles. Hull’s City of Culture status has been a real inspiration to everyone involved and I’m delighted that this will be an opportunity for music creators and arts organisations from Yorkshire and from across the whole of the UK to come together in a celebration of new music in all its forms. Can’t wait to see how the pieces and ideas develop over the next 12 months.”

The New Music Biennial will include new music from across all genres: from classical and chamber opera to jazz, folk, electronic and music for brass band and organ.

Martin Green, CEO and Director of Hull UK City of Culture 2017, said: “The New Music Biennial 2017 commissions which feature composers and performers from across the country are a brilliant representation of the state of new music in the UK in the 21st century. They stretch across genres, across diverse musical styles, and include everything from electronic innovators to jazz groups to stars of the folk scene. I am thrilled that this national music festival is to be staged between Hull 2017, and London’s Southbank Centre as part of our year as UK city of culture.