As the year draws to a close, we’re looking back on another great year for Hull Jazz Festival and J-Night.

We kicked off a busy summer with two weekends of incredible new music at the New Music Biennial 2019. We were involved in three of the 20 pieces performed at the festival, commissioning Sarah Tandy to write The Dream Without a Name and supporting new work by Arun Ghosh and Numb Mob.

Sarah Tandy brought together two incredible sextet line-ups for her performances at The Southbank Centre and Früit, including Jordan Hadfield, Rio Kai (Nérija), Rosie Turton (Nérija), James Mollison (Ezra Collective), Ife Ogonjobi (Ezra Collective, Moses Boyd Exodus), Joe Bristow (Jason Moran’s Harlem Hellfighters), Xhosa Cole (BBC Young Jazz Musician of the Year) and Mark Kavuma. We might be biased, but their set in Früit was one of the highlights of the festival!

Arun Ghosh’s two performances of AMBHAS, inspired by the River Humber and commissioned by Freedom Festival Arts Trust, were joyful. And we were more than a little bit proud to see Hull Youth Wind Orchestra raising the roof at the Southbank Centre, before bringing the piece back to the banks of the Humber for an epic outdoor performance the following week.

And Numb Mob’s reworking of their audio-visual piece Where to Build in Stone was mesmerising. Originally commissioned by J-Night to celebrate Hull Jazz Festival’s 25th anniversary in 2017, this new version was commissioned by Serious, producers of the EFG London Jazz Festival and featured new instrumentation. Always good to see Hull represented on the London stage and their set at Früit the following week was another highlight for us.

Hull Jazz Festival 27th Summer Edition followed hot on the heels of the two New Music Biennial weekends. We put together a slightly shorter programme than usual at Hull Truck Theatre but it still packed a punch, with Vimala Rowe, Juliet Roberts and Janette Mason performing the Songs of Ella Fitzgerald & Sarah Vaughan, spiritual jazz for the 21st century with Alina Bzhezhinska Inspiration Quartet, a joyful tribute to Stéphane Grappelli from John Etheridge’s Sweet Chorus and a mind-blowing set from The Steve Williamson Experience. Incredible to see saxophonist and composer Steve Williamson collaborating with some of the UK’s most exciting young jazz talent in the form of his young trio and Tomorrow’s Warriors’ StringTing – a performance that’ll stay with us for a long time. Big thanks to Steve and Sam and the team at Home too for hosting two intimate festival shows with The Broken Orchestra and The Dan Edwards Trio. 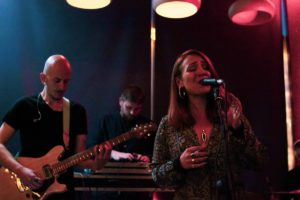 The Broken Orchestra at Home 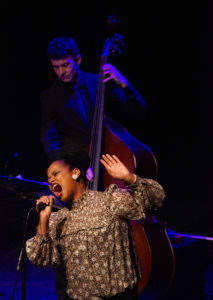 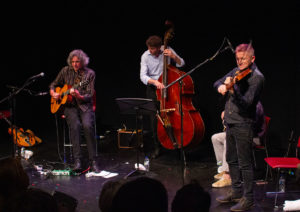 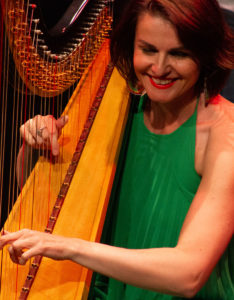 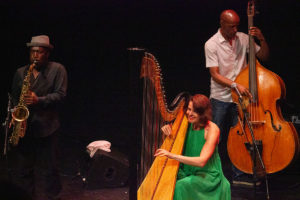 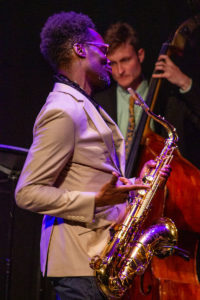 Fast forward to November and Hull Jazz Festival 27th Winter Edition, four days of shows with a focus on storytelling through music. We opened with Hull’s first lady of soul and funk, Lyn Acton, telling the story of her musical life through the songs of the women who’ve inspired her. With a supporting cast featuring members of Pearl’s Cab Ride, Bossa Revista Young Jack and Funkin’ Hot Horns, there was a lot of love in the room and a whole lot of funkin’ goin’ on.

Our Thursday double bill kicked off with Dutch ensemble Ikarai turning the Hull Truck studio into a boxing ring, with their electrifying Muhammad: The Rumble in the Jungle in Concert. A combination of jazz, contemporary classical and the words of Muhammad Ali, it had the audience on the edge of their seats. Another compelling performance from British-Bahraini trumpeter and composer Yazz Ahmed was up next, with her stellar 13-piece big band performing tracks from Polyhymnia, her tribute to six courageous women who inspire her. 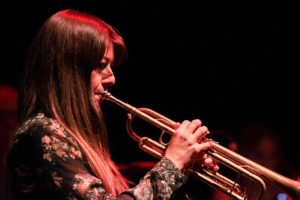 On Friday night, Supertramp fans were in the house (and on the stage!) for John Helliwell & The Super Big Tramp Band. A lot of laughs, a lot of love and some stunning new arrangements of Supertramp classics, performed by some of the UK’s best big band players. And Dutch vocalist Eva Scholten and Latchepen took us all to the banks of the Seine with a gorgeous night of gypsy jazz and swing. 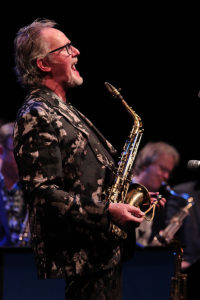 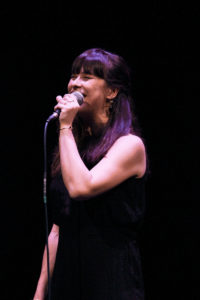 Our Saturday triple bill opened with an emotionally charged one-woman show inspired by the life of Nina Simone. Apphia Campbell’s Black is the Color of My Voice reflected on key moments in Simone’s life, interspersed with powerful performances of some of her best-loved songs. And it was a big hit with the audience. 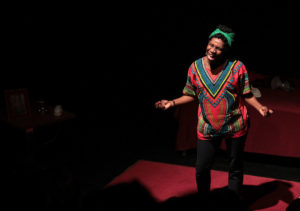 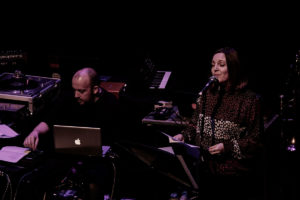 New music from Hull was in the spotlight on Saturday night with the premiere of Home, our new commission from The Broken Orchestra and poet Vicky Foster and a further Numb Mob’s Where to Build in Stone. Pat Dooner, from the Broken Orchestra, and Vicky Foster took the audience on a journey through a cold Autumn night in Hull, reflecting on what Home means in a place of transition. And Numb Mob shone a spotlight once more on the hidden side of Hull, taking us through a day in the life of the bits of the city that go unseen.

Our 2019 programme came to a close with Omar Puente and An Evening for Debbie, a Havana-style party in honour of Omar’s wife, campaigner Debbie Purdy, who died in 2014. Joined on stage by his Cuban Sextet, Alex Wilson, Dennis Rollins, Naomi Philips and a fair few audience members, Omar wrapped up the festival as only he knows how. No-one wanted the party to end! 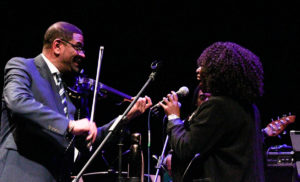 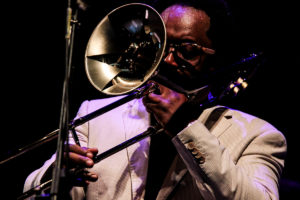 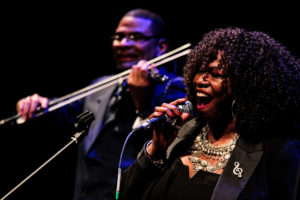 November also saw us working in partnership with local Music Hubs and the National Youth Jazz Orchestra to launch a new Regional Youth Jazz Academy. A free day of workshops and masterclasses saw artists including Orphy Robinson and Adam Saunders teaching young musicians from Hull and East Riding about improvisation, instrumental techniques and ensemble playing. Watch this space for news on how the Academy develops next year…

Finally, it was a busy year behind the scenes for J-Night too, with our Director David Porter chairing Jazz North’s artist development scheme, Northern Line, and chairing the first national talent development day with delivery partners from around the UK. He was also asked to talk about J-Night’s commitment to Keychange and why gender representation in music is so important as part of Cheltenham Jazz Festival’s Industry day and for Birmingham University as part of an international research project for the industry and academics. As the year draws to a close, we’re pleased to be planning – with our partners Hull Music Hub and Jazz North – a Jazz Industry education conference that will come to Hull in June next year.

Massive thanks from all of us here to the artists, partners and venues we’ve worked with this year. And a special thanks to everyone who came along to one or more of our shows – Hull Jazz Fest audiences are the best!

We’re back next July with the 28th Summer Edition of Hull Jazz Festival, hope to see you there!