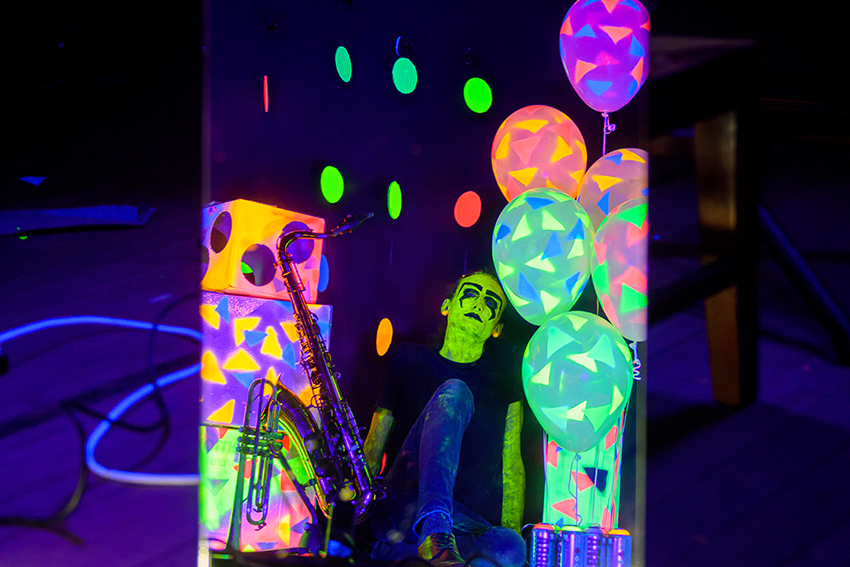 A flamboyant take on the big band tradition, the Kitsch Co. UV Ball aims to bring the party atmosphere back to jazz.

In addition to these, Dustin is still a working member of Hull-based party band Bud Sugar which has lead to performances such as opening of the Bonus Arena, the P&O ferry crossing to Amsterdam, as well as flying out to The Gambia to perform for their feature length film ‘Gambia: Take me to Learn My Roots’.

More recently, the Dustin Kitsch persona was created, along with two new big band tunes which received great success. Audiences and musicians alike complimented the new direction, and more success came in April 2021, when ‘Granny’s Hips Still Shake’ was shown on Dutch national TV due to its inclusion on a Dutch walking tour around Utrecht.