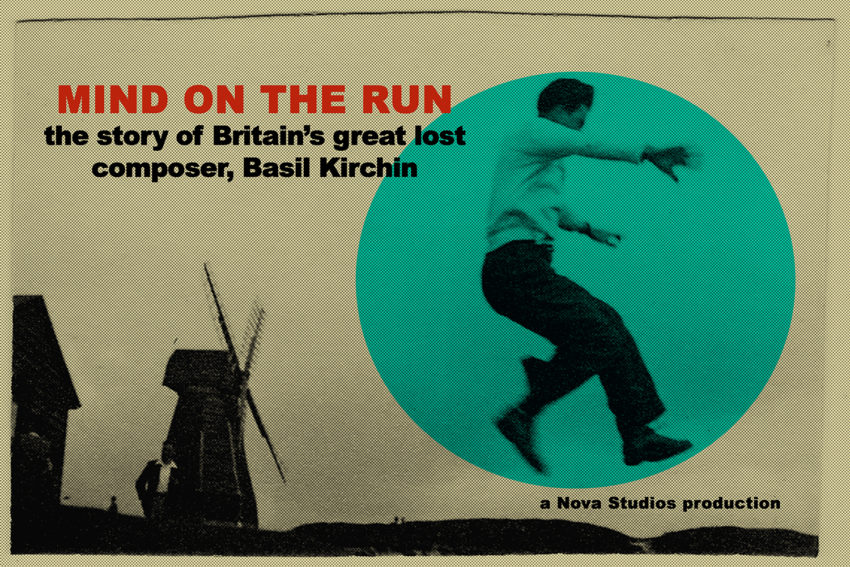 Ahead of our screening of Mind on the Run, as part of our closing event at Hull City Hall on 18th November, we asked Matt Stephenson of Nova Studios to reflect back over the past year and what it’s meant for Basil Kirchin’s musical legacy:

As the producers of Mind On The Run, the documentary telling the story of the wonderful ‘lost’ composer Basil Kirchin, one of our hopes was that, through the film, Basil’s work would be brought into the light and recognised as being something beautiful and truly original.

The Mind On The Run weekend celebration of Basil’s life in February 2017 was the start of that recognition – a weekend featuring artists including members of Stereolab, The High Llamas, Goldfrapp and St Etienne alongside remarkable musicians such as Matthew Bourne, Alexander Hawkins, Joe Acheson and Hidden Orchestra, The BBC Concert Orchestra, Revenu, Evan Parker, Alan Barnes and more. 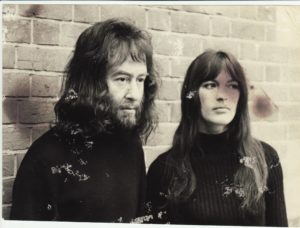 Basil Kirchin and his wife Esther

It’s worth mentioning that none of this would have happened without the work of musical treasure hunter Jonny Trunk and his superb lucky-dip of a record label Trunk Records.

Back in the 90s, when Basil was almost completely forgotten, it was Jonny who tracked him down and began re-releasing his work, ensuring that digital listeners could hear some of the most haunting, poetic and ground-breaking British music of the 20th century.

Basil died shortly after Johnny released Abstractions of the Industrial North, along with various library and film music recordings and two new albums – Particles and Quantum, but his legacy was out there: a low, quiet flame – but one which never went out. 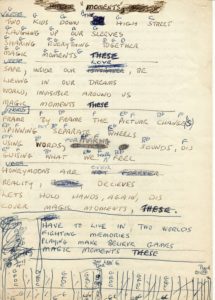 We felt 2017 was the perfect opportunity for Hull to ‘own’ Basil; he was an outsider artist, someone whose personal story seemed to resonate with the story of the city itself – once great, subsequently forgotten yet carrying on regardless, waiting quietly to be rediscovered.

The critical response to both the weekend and the film has been wonderful. People who find Basil tend to be people who are willing to look a little further, they’re open-minded people, they probably don’t follow the obvious crowd, they want something that might take them to new places and touch them in different ways. In fact, if you’ve got as far as this and you’re still actually reading, then you are probably one of those people too.

Some people might call it pretentious, but fuck ‘em, they can have Coldplay and Adele if it makes them happy.

And the others (us, we, Basil’s people) are everywhere. Our Mind On The Run documentary is somehow finding those people. Every month a promoter somewhere gets in touch wanting to know if they can show the film – in recent months Basil’s story has played to audiences of the finest freaks in Manchester, Gateshead, Belfast with more screenings and Basil celebrations planned in 2018. 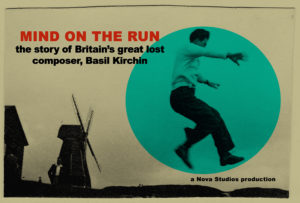 Mind on the Run poster

In spite of all the great publicity that took place in February, with extensive plays and coverage on BBC 6 Music, Radio 3, The Guardian and more, there’s still a sense of discovery around Basil – and I think there always will be.

The good stuff is always harder to find, but it’s out there if you look for it. Basil isn’t going away.

In his own words, on his genius classic album Worlds within Worlds:

Hiding in my little place,

No-one hears me or sees my face,

But I am there, you wait and see:

Something special will come from me.

Along with Jonny Trunk, J-Night and everyone who participated in our film, I hope we’ve all done something to ensure that Basil Kirchin remains something special that will always be worth discovering. 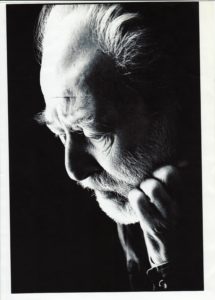 Basil Kirchin in his later years

You can see Nova Studio’s Mind on the Run documentary at Hull City Hall on Saturday 18th November, before GoGo Penguin perform their new live score to Godfrey Reggio’s cult cinema masterpiece Koyaanisqatsi. GoGo Penguin will also perform As Above So Below, the Kirchin-inspired piece we commissioned them to create at part of the New Music Biennial 2017. Tickets are available now from Hull City Hall.