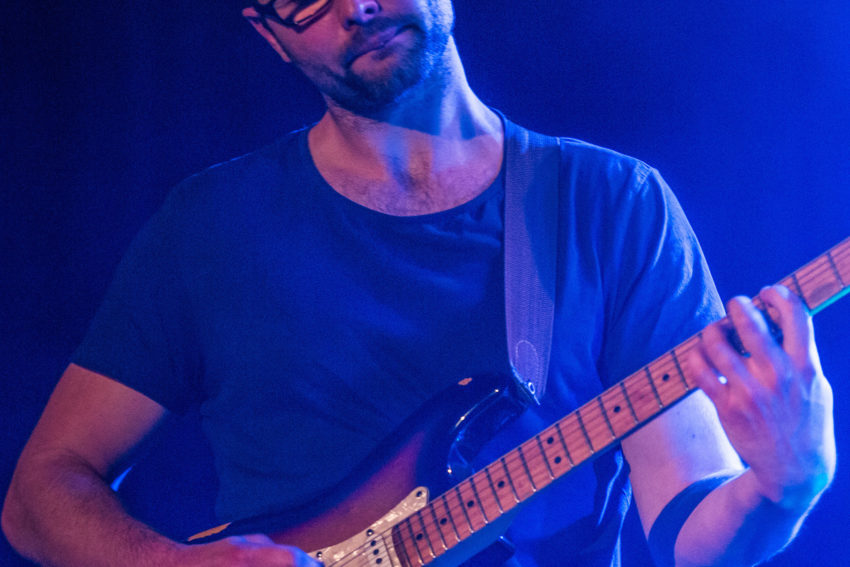 We asked our friends at Serious to tell us a bit more about A Brief History of the Coolest Instrument in the World, heading to Hull Jazz Festival this November:

Throughout 2017, live music producer Serious has been programming multiple events in the UK City of Culture including Favourite Sounds of Hull and the Mind on the Run: The Basil Kirchin Story. Now, we’re bringing our mass participation project A Brief History of the Coolest Instrument in the World to Hull as part of the Hull Jazz Festival, giving you a chance to get involved and play as part of a newly formed guitar ensemble!

A Brief History of the Coolest Instrument in the World is a performance which marks the milestones of the electric guitar’s prolific role through 80 years of popular culture, from Charlie Christian to Chuck Berry, Jimi Hendrix and beyond.  The performance is led by one of the UK’s most innovative guitarists, founding member of Troyka, Chris Montague, who is joined for this concert by Conor Chaplin (bass), Tim Giles (drums), and Michael L Roberts (vocals/piano).

Chris Montague has had a soft spot for the stringed instrument since his pre-teen years. He recalls being enthralled by Jimmie Hendrix’s sounds on his father’s car stereo as a boy and subsequently pleading to be gifted a guitar for Christmas. Since this point, Chris has grown into a professional musician, touring internationally to share his music. Having been selected for Serious’ renowned talent development programme Take Five, Chris worked with the team to develop A Brief History of the Coolest Instrument in the World as a participation initiative– initially piloted with 40 children from THAMES Music Hub in London.

For Chris, picking a selection of the world’s most influential guitar players to include in the show was no mean feat.  He notes he turned to fellow guitarists to take in not just the famous players, but those who had added something important, unique and powerful to the cannon of the instrument. Throughout the concert, Montague looks to move the audience through a mixture of performance and speech, celebrating the versatility of the instrument. The participation element includes base lines, melodies and chords to enable both young people and adults to have fun while taking part.

Both Serious and Chris are delighted to be bringing the project to Hull.

“Having built up a close and fond relationship with Hull, particularly through our work in the City of Culture this year, we are delighted to be welcoming our friends from the city to take part in one of our most successful mass participation performances, as a partner project to that running as part of the EFG London Jazz Festival 2017. We hope participants will enjoy and learn from the project as much as we enjoy programming it in this special city.”

The project will give 20 children and 20 adults from Hull a chance to play their guitars in unison alongside learning about the musicians who have shaped the course of the music they play from day to day. Taking part is free of charge and open to all guitar players, from beginners to advanced level. The ensemble will rehearse and play music uniquely composed by Chris Montague, and will be able to choose their part based on the level they feel most comfortable with.

We are also welcoming an audience for the performance at the Albemarle Music Centre. Tickets can be purchased here.

If you are interested in taking part in the project, please register your interest by clicking here.

We can’t wait to welcome you!